Praise for WHAT PENELOPE CHOOSES

A playful love of language shines through in Larsen's work, as does a sense of urgency and appeal. In this volume, "no man" is at again at peril in the poems' interrogation of the story and its teller....What Penelope Chooses revisits the world of the Odyssey, but now the silent are given voice…well, commanded it. It's exciting, head-spinning stuff, and these poems can quickly renew your interest in the Greeks.

language that slaps like rap, that feels both breathless and textured, glib and somber.....Larsen sonnets through Odysseus's consciousness, calls him a liar, and lets him lie. If you are a friend or foe of Odysseus, if you entertained him once on your lonely island, you're likely now represented in these poems, both constrained and liberated by fourteen lines....Shifting the camera from Odysseus to Achilles, reluctant royalty of Hades, Larsen weaves the jargon of wars from today into his recollections. This makes for a continuous war, a theme long-suffering Odysseus must know, from Troy to the slaughter of suitors in his own home. It's something Americans know, from our warmaking on distant shores to the war here in Ferguson, Baltimore, Baton Rouge....Pop culture, military jargon, the class warfare blooming in the shadows of our tech overlords, our wine-dark seas rising up to swallow us whole — all is fodder for a story about a godlike man, whose wife waits, weaving a shroud...

While Larsen gives voice, much of it in twenty-first century slang, to male figures like Odysseus, Menelaus, and Telemachus, the collection's triumph is that it gives Penelope an opportunity to speak.... In What Penelope Chooses, Jeanne Larsen does what she has done throughout her body of written work and as a teacher: she enables female voices to have a say.... She fuses history, myth, and modernity to help us better understand the context of our own stories and times. Reading Larsen's poetry makes us sharper thinkers and more empathic hearts, better able to seek out that which has not heretofore been said.

How does a 21st-century woman read Homer? Jeanne Larsen's What Penelope Chooses shows you how it's done. Her magnificent confabulation of jazzy sonnets turns Homer on his head and gives him some back chat, high fives, dream talk, and rewrites along with showing just what the English language is capable of at this moment in time. Her sonnets give the form a workout, too, fracturing, doubling, and extending them until you forget what she's doing until you think, "Wow, look what she's doing." This collection is a tour de force poetic exploration of the ancient text in a thoroughly modern voice. Brava!

Readers are advised to eat their Wheaties and buckle up tight before sitting down at the feast table of Jeanne Larsen's What Penelope Chooses, an "intertextual gabfest" that gives us astonishing new commentary on one of the most hallowed texts in all of Western literature, the Odyssey.  Spelunking deep inside the cracks and crevices of the robust language of 21st century life to decenter received readings and investigate historically-submerged plot lines, Larsen fills the absence at the center of the traditional text.... A fantastic linguistic and literary feat that adds to all previous interpretations of Homer's classic text.

--Kate Daniels, author of In the Months of My Son's Recovery, A Walk in Victoria's Secret, and more

These poems veer from high diction to slang, disparate words merging into compound portmanteaus. Their voices slip from one to another, interrupting and fracturing. Renewing the sonnet's possibilities, Larsen uses the classic lyric form to engage with both Homer's epic tales and the contemporary social and environmental challenges we must face today. My response to these poems reminded me of the tilt-a-whirls of my youth, gripped by an irresistible force while simultaneously hoping it won't end. They break open the world, both utterly necessary and passionately bold.

"often irreverent, never irrelevant. Her work is technically faultless, and there is a depth to her work that often stops her readers in mid-sentence so they can get their breath back. Language is her art, giving her the means to express a rare wisdom and intelligence." 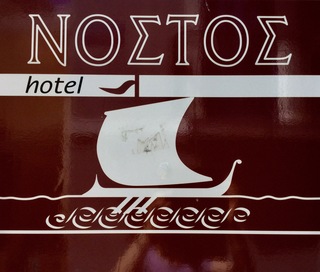 Want the scoop on the CPR Book Award? CLICK HERE.
Buy HERE from Cider Press Review or order from Small Press Distribution. Also available on Amazon and through IndieBound.